We focus on developing innovative solutions backed up by the reliability that only an experienced player in the offshore energy market with unrivalled expertise in developing, installing and operating floating solutions can provide.

Our highly experienced people bring a wealth of knowledge and expertise to the project.

The NMK Renewables team is carrying out the front-end development work including:-

The SBM Offshore team brings their engineering, technical and EPCI (Engineering, Procurement, Construction and Installation) skills to the project. SBM Offshore is also supporting with procurement, finance, health and safety, legal and compliance.

Niamh Kenny is Project Director for North Channel Wind. Niamh is a leading expert in the renewable energy field. Commencing her career in community and regional development she became the CEO of rural development organization Blackwater Resource Development at just 26. She spearheaded a number of environmental initiatives while at Blackwater including the innovative ‘eco-village’ concept which the company went on to co-develop with Cork County Council. She established consultancy firm Exodea Consulting in 2004 during which time she grew the research and innovation part of the business and began her work with renewable energy organisations and companies. She joined Irish renewable energy developer DP Energy in 2012, while there she gained experience in all elements of project development including greenfield development, project acquisition, joint ventures, conflict resolution, contract negotiations, leading financial close and asset operation in Ireland and abroad. Niamh led the team which built a portfolio of 3GW of offshore wind in the Republic of Ireland, which is now being jointly developed by DP and Iberdrola.

Andy is Project Developer for North Channel Wind, focusing on property and grid management. Andy brings over 40 years energy industry experience to the North Channel Wind project, working for over 30 of those years in Northern Ireland Electricity (NIE). In the 1990s he managed the NI Non-Fossil Fuel Obligation (NI NFFO) and subsequently the NI Renewables Obligation (NIRO). In 2003 he established Action Renewables - a joint venture between NIE and the then Department of Enterprise, Trade and Investment - and was the Managing Director and CEO until 2011. He then joined international engineering consultancy, AECOM as a Grade 1 Director in the Belfast Office. Andy subsequently established his own renewables consultancy company, Renewables Connect, working on a range of gas and renewables projects. This included acting as the NI manager of onshore wind development company Windy Fields for several years. He has also managed contracts in gas, landowner services, project economics, PPAs, contract and consultant management. Andy is a recognised renewables expert and environmentalist and was awarded an MBE for services to the electricity industry.

Clodagh McGrath is the Consenting and Environment Manager for North Channel Wind. The post includes the management of proposals, projects and associated resources, budgets and forecasting for the project. Clodagh has over 25 years’ experience in the environmental sector with specific expertise in the Environmental Impact Assessments (EIA), consent applications and stakeholder engagement for offshore wind and tidal development in Ireland, UK and Canada and onshore wind and solar projects in Ireland, Canada and Australia. She is a qualified and experienced environmental trainer and has presented at a range of environmental conferences and seminars.

Fiona is North Channel Wind Stakeholder Manager, with responsibility for facilitating engagement with local communities and other stakeholders, to help build understanding of and support for the project. Fiona has worked in renewables for nearly 20 years. Prior to joining North Channel Wind Fiona worked for RES, where she led the development of multiple onshore wind farms and energy storage projects in Northern Ireland, Ireland and Scotland. She formerly managed communications for RES in Northern Ireland. Before RES, Fiona held programme management positions at Action Renewables and NIE, focused on facilitating the development of the local renewables industry. Fiona has a master’s degree in environmental management and is a practitioner member of the Institute of Environmental Management and Assessment.

David has expertise in metocean analysis, site design and layout for offshore renewable projects and will lead on all early engineering projects for North Channel Wind. David is a chartered mechanical engineer with over 10 years’ experience in the energy industry as both a renewables project developer and energy services consultant. He has joined North Channel Wind from Exemplar Energy where he was Engineering Manager with responsibility for management of engineering consultancy division, specialising in behind the meter renewables and energy efficiency projects for large industrial clients. He was responsible for strategy and directing activities towards profitability. David previously worked as a Senior Project Engineer for Cork based renewable developer DP Energy. While at DP Energy, David provided engineering support across renewable energy portfolio, covering on-shore wind, solar PV and marine. He led on the technical evaluation of development projects at all stages, incorporating technical performance, support mechanisms and funding structures into detailed cash flow models.

Melanie is the North Channel Wind Project Coordinator. Melanie will coordinate all of the data requirements of North Channel Wind including a detailed CRM system and supplier’s portal as well as providing support to the overall team. She is a dedicated and motivated business professional with expertise in Business & Data Analysis and Data Protection. Melanie has a background in Business Systems and Data Analysis and brings over 15 years of experience to the role. She has a passion for lifetime learning and is an expert in data management.

Gerry Kelleher is responsible for managing all of the accounting functions for NMK Renewables including annual returns, payroll, cashflow and budgeting. Gerry has joined NMK Renewables from the manufacturing industry. He was previously Financial Controller and General Manager with Homa Pumps, a German industrial with branches globally. Gerry had responsibility for the Irish operations, including processing, operations, exports and financial management.

Cian Conroy is Head of Development in the UK & Ireland for SBM Offshore, where he manages a portfolio of floating wind projects, including the North Channel Wind Project.  A leading innovator in Renewables for 15 years, Cian has been at the forefront of emerging technology and development in the Floating Wind Sector since its inception. He first began working in renewables in 2008 and quickly moved exclusively to Offshore Wind in 2010. An early adopter, Cian has dedicated his career to working on projects that deliver sustainable long-term solutions that ensure energy security and independence.

In 2014 Cian joined the ORE Catapult where he began to focus on foundations and balance of plant. Very quickly he moved into floating wind, Cian lead the way in developing the technology road map for the United Kingdom, publishing the floating wind strategy roadmap the UK which subsequently lead to the establishment of the Floating Wind JIP (Joint Industry Project) between Government and Industry in 2015.

A key part of his work has been innovative foundations. Cian first worked with Niamh Kenny in 2015 on the FS Found Project in Blyth. Since then, Cian has had a variety of roles leading the way in the world's largest floating wind farms, including the largest Offshore Wind leasing round, ScotWind in Scotland.

As Project Development Director, Ambroise is currently in charge of the global portfolio of offshore wind projects under development at SBM Offshore. During his 13 years with SBM Offshore, Ambroise has devoted his time to the development of the offshore renewable industry in various roles from material engineer to project manager, leveraging Oil & Gas know-how and safety culture to deliver in a complex and dynamic environment. Ambroise is passionate about leading the energy transition in a sustainable and socially empowering way, dedicating his efforts to reach the targets of the Paris Agreement, both professionally and personally.

Julien focusses on designing the technical solutions for floating offshore wind projects at SBM. He is responsible for liaising with the development team to ensure that all technical elements of the project are correct and acting as an interface between the technical team and the development team. Julien has a background in naval architecture and hydrodynamics and has more than 20 years of experience at delivering engineering expertise around floating solutions for the oil and gas and renewable industries.

David manages the procurement activities for SBM’s development phase floating wind projects. He is the interface between the development team and vendors to guarantee a fair competition between bidders and demonstrate best value for money to the project. David also supports the qualification of vendors to maximize local content. David has over 10 years of experience in procurement spread throughout multiple industries which gives him a good understanding on the challenges faced when developing specific projects. 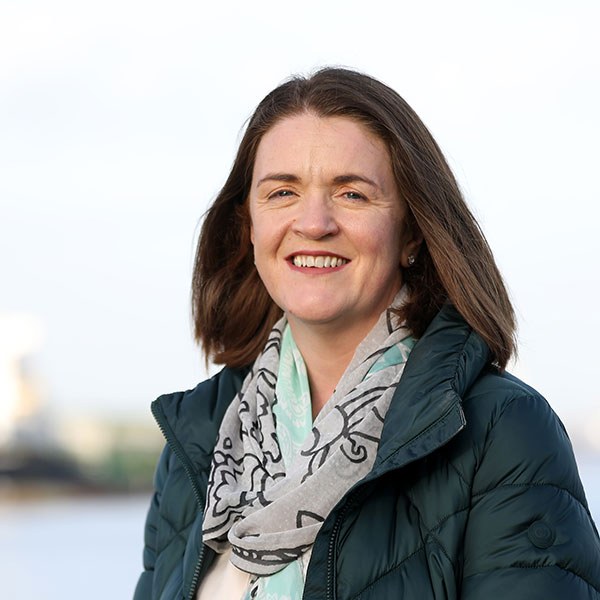 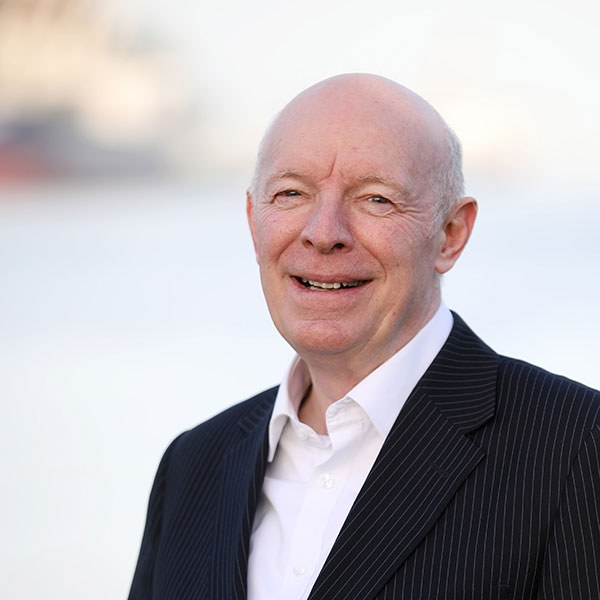 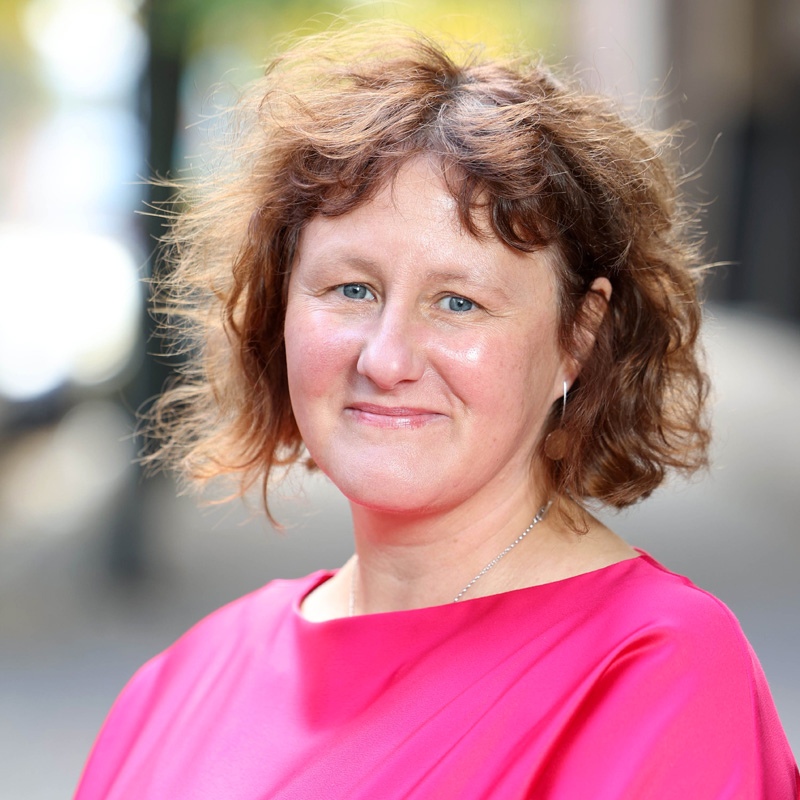 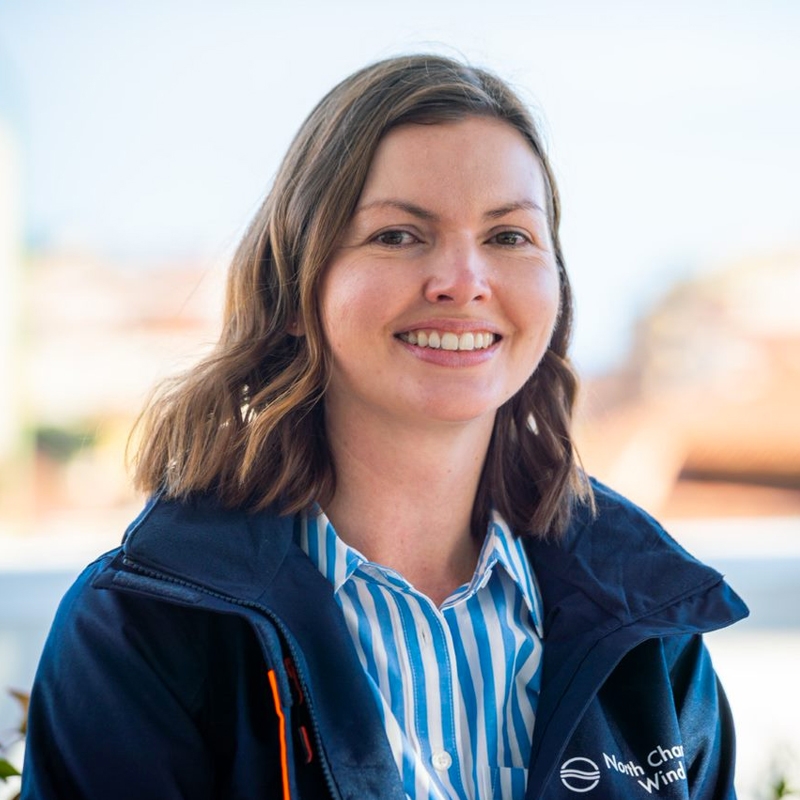 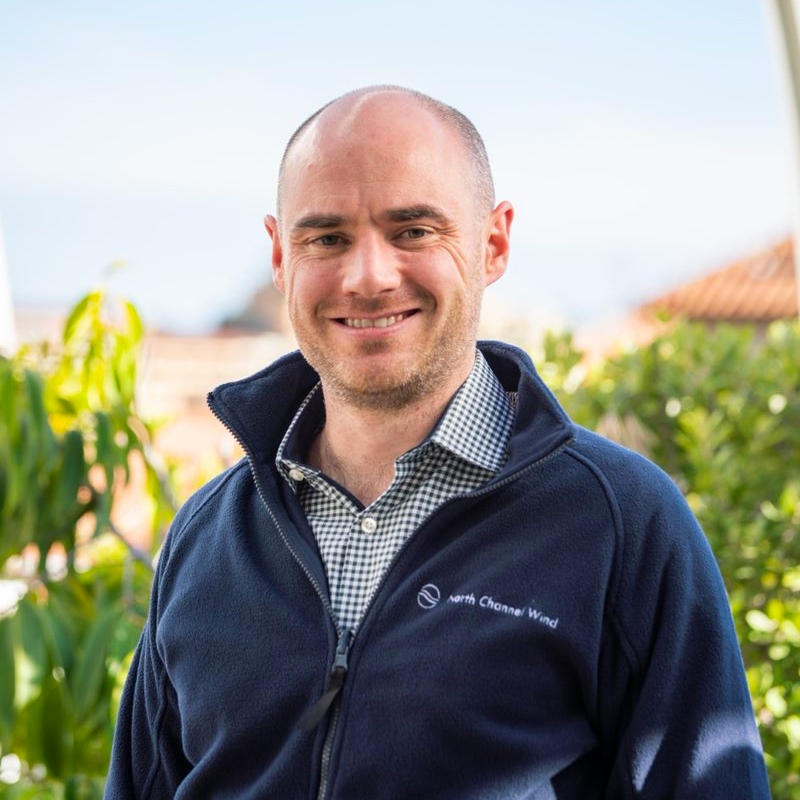 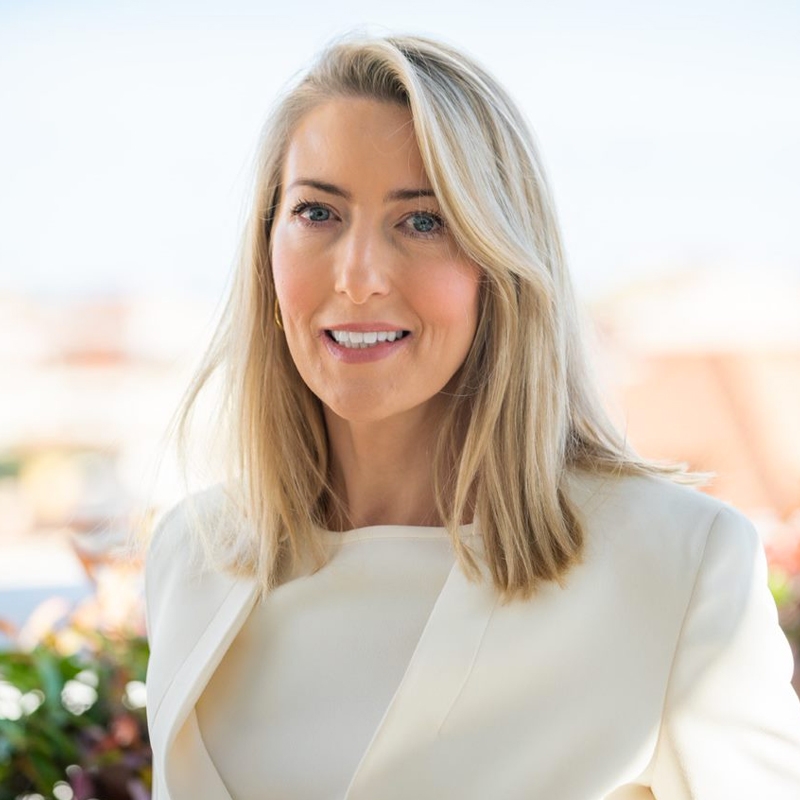 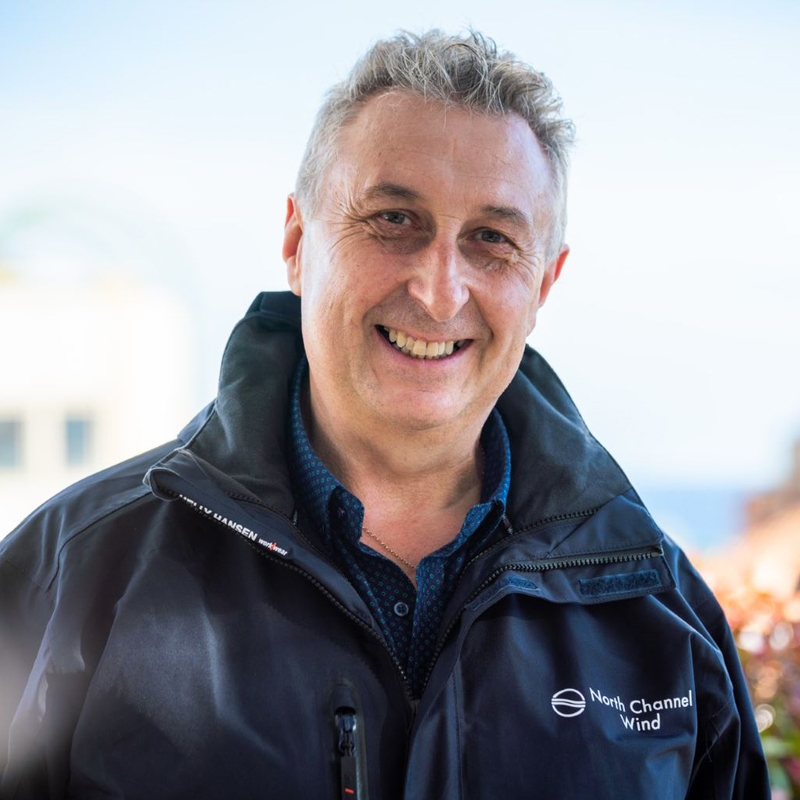 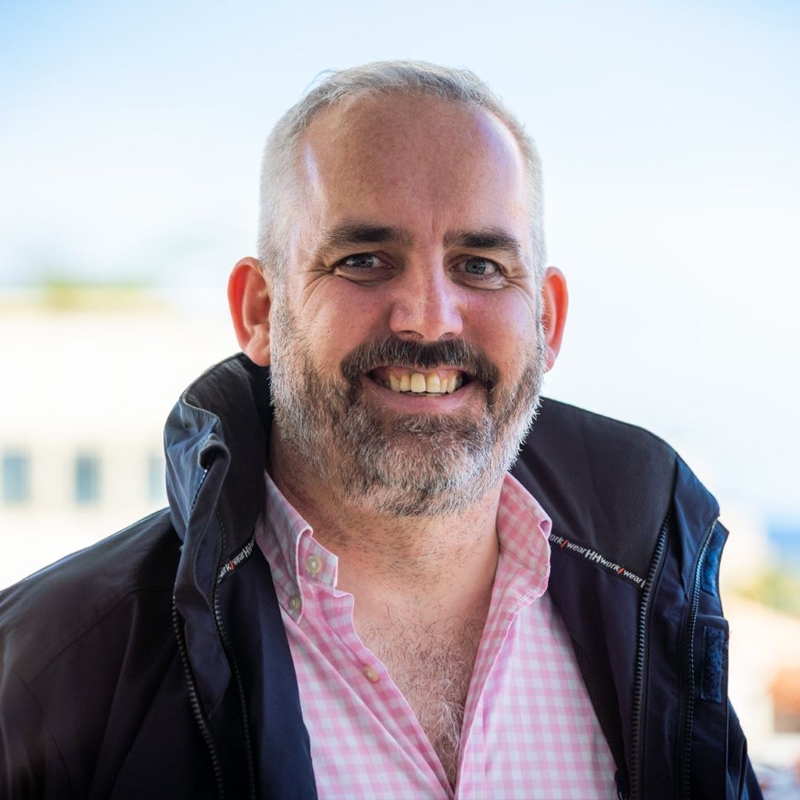 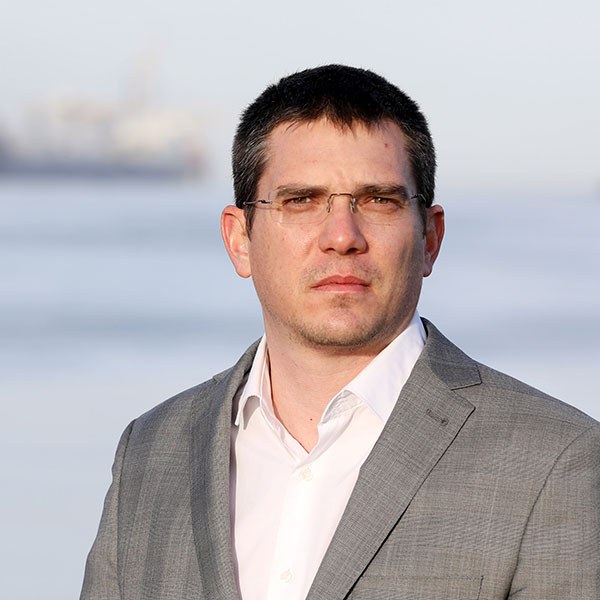 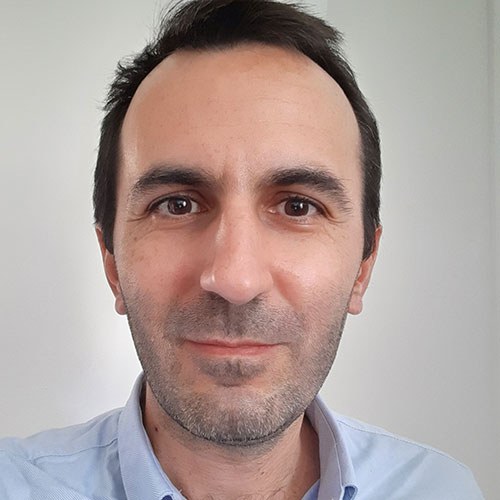 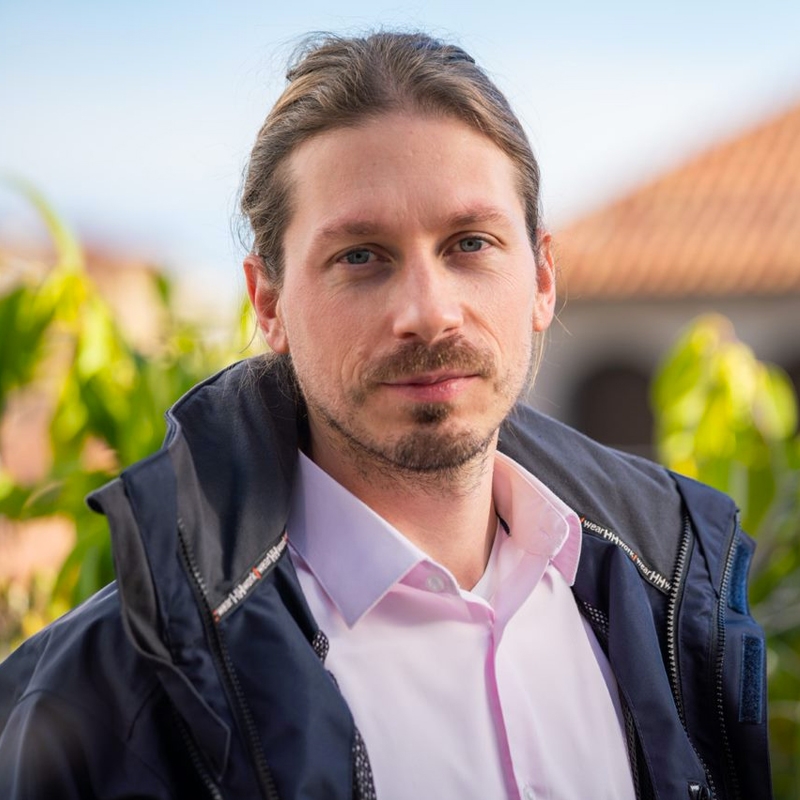 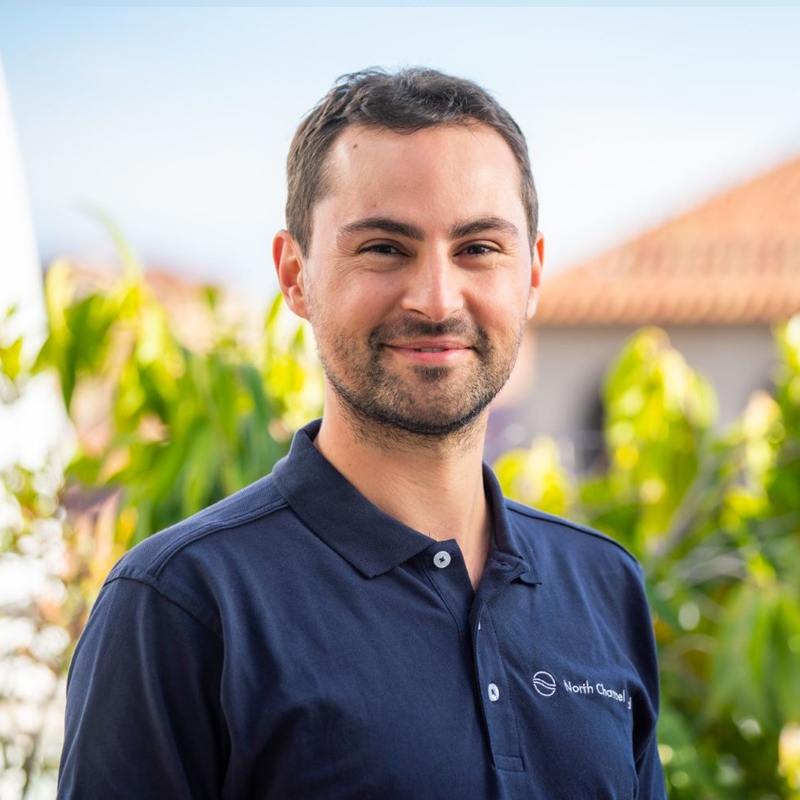 Davey Hill is Business Development Manager for Kilkeel-based co-operative SeaSource Offshore, which is owned by local fishermen. He has been appointed to the role of Fisheries Liaison Officer (FLO) for the North Channel Wind project, where he acts as the primary point of contact between local fishing communities, other marine-based operations and the North Channel Wind team. SeaSource Offshore uses its extensive experience and knowledge of the North Channel to maintain strong lines of communication between local industry and North Channel Wind. This is central to the project’s commitment to work closely with the fishing community to deliver the benefits of offshore energy production and create significant supply chain opportunities 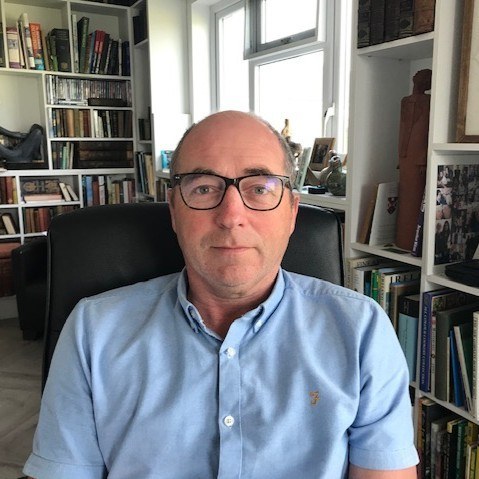 Up to 45% of this could come from floating wind

SBM Offshore has developed an innovative proprietary floating structure for offshore wind turbines, allowing the economic development of floating wind farms. The SBM Offshore floating wind platform is a lightweight steel floating tension leg platform (TLP). Most of the structure is submerged under the water and is anchored to the seabed under tension to minimize movement. Easily installable with light and standard means, the floater also has a reduced seabed footprint and is simple to decommission, leading to a a reduced environmental impact and a competitive cost of energy.

SBM Offshore has designed a floating platform that offers the best performance for the wind turbine and at the lowest impact to the environment with a small seabed footprint. The platform has exceptional wind turbine stability and floater motion.

The floater is designed so that there is no need to adapt the turbine control strategy to sure optimum power curve and higher availability. The floater is adaptable and scalable to various wind turbine models which enables faster execution planning and fewer integration loops. The SBM Offshore floating solution is ideally suited for Northern Ireland which has a limited seabed and many environmental constraints.